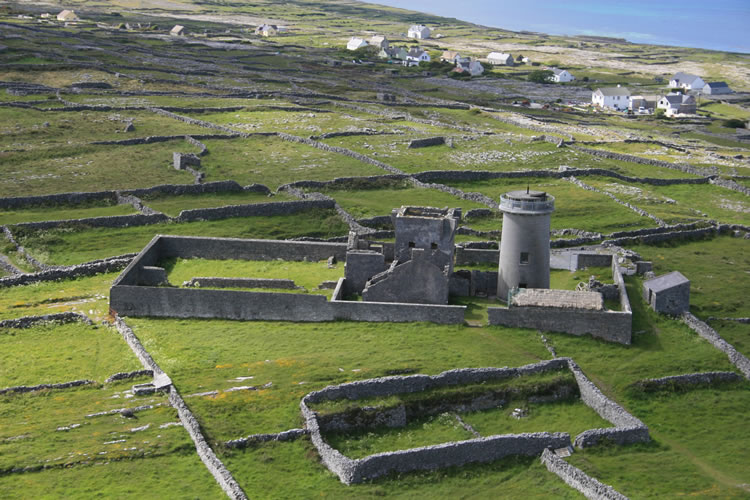 The lighthouse is one of the key landmarks of The Aran Islands. It is visable from most parts of the island and is beside Dun Eochla, a major prehistoric monument of the island. Most people who visit the lighthouse also Visit this Monument. Apart from it’s well preserved Celtic features, it is beautifully located providing panoramic views of the Island and Connemara. From here, on a clear day 5 counties can be seen, Kerry, Limerick , Clare, Galway and Mayo.

To the west is the old signal tower; built in 1799 after the 1789 rebellion to protect Ireland’s west coast from Spanish or French invasion. Similar buildings can be seen on Golam Island and Inis Oirr. Signals were sent by light and semaphores – flags.

This property is for sale. Please email us here