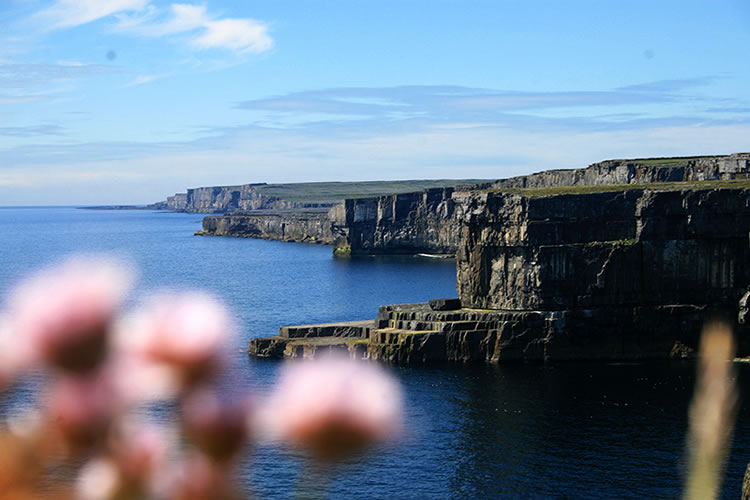 The islands strike one immediately as being like a desert of rock. They are in fact a continuation of the ‘boireann’ (burren) limestone rock in Co Clare to which they were once joined millions of years ago. Owing to the limestone landscape the islands enjoy a rare flora and fauna and are a haven for botanists.

From May time onwards the visitor can enjoy a tremendous profusion of colour which marks an attractive contrast to the grey limestone rock. The warmth of the Bloody Crane’s- Bill( Crobh Dhearg) or Spring Gentian( Ceadharlach Bealtaine) in bloom are just two such examples among many.

Some flowers such as Purple Milk Vetch( ) are uniquely found in Inis Mór and Inis Meáin and are not found elsewhere in Ireland. 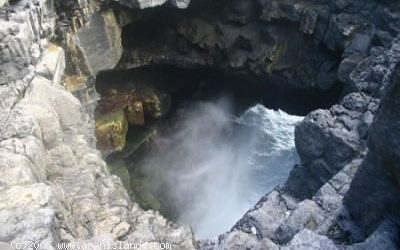 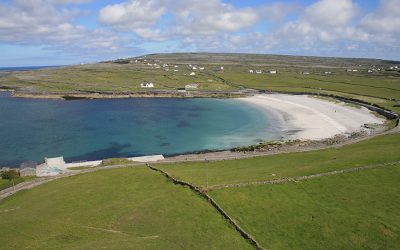 Kilmurvey is a beautiful white sand sheltered beach just off the road between Kilronan and Dun Aengus. The beach is... 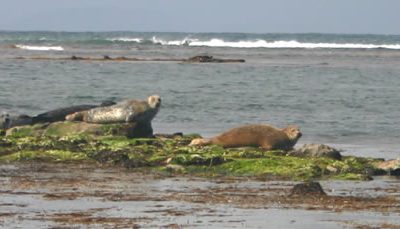 The seal colony on Inis Mor is one of the most popular sights on the Aran Islands. It is most frequented  by cyclists...

The close proximity of the Gulf Stream makes for a mild and pleasant climate and also encourages a unique mixture of... 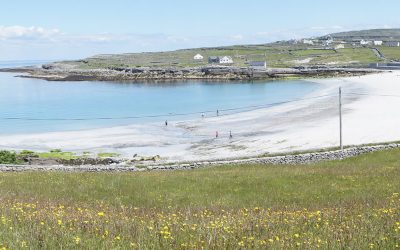 Inis Mor is noted for it's sandy sheltered beaches and interesting shorelines. On Inis Mór there is a blue flag beach... 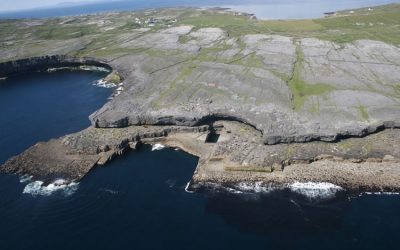 This is a remarkable feature and a major attraction for the visitor. It is a natural rectangular shaped pool into... 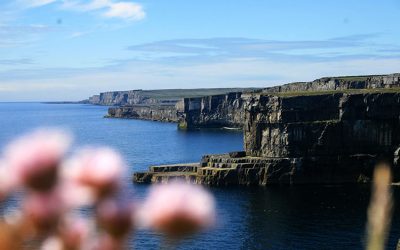 Cliffs of The Aran Islands

Stretching the entire western side of Inis Mor Island with views of the Cliffs of Moher, are dramatic and beautiful... 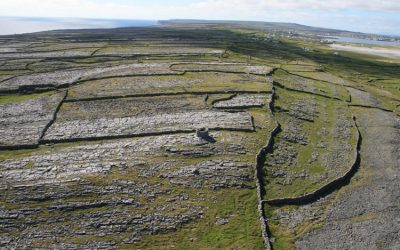 The islands strike one immediately as being like a desert of rock. They are in fact a continuation of the ‘boireann’...