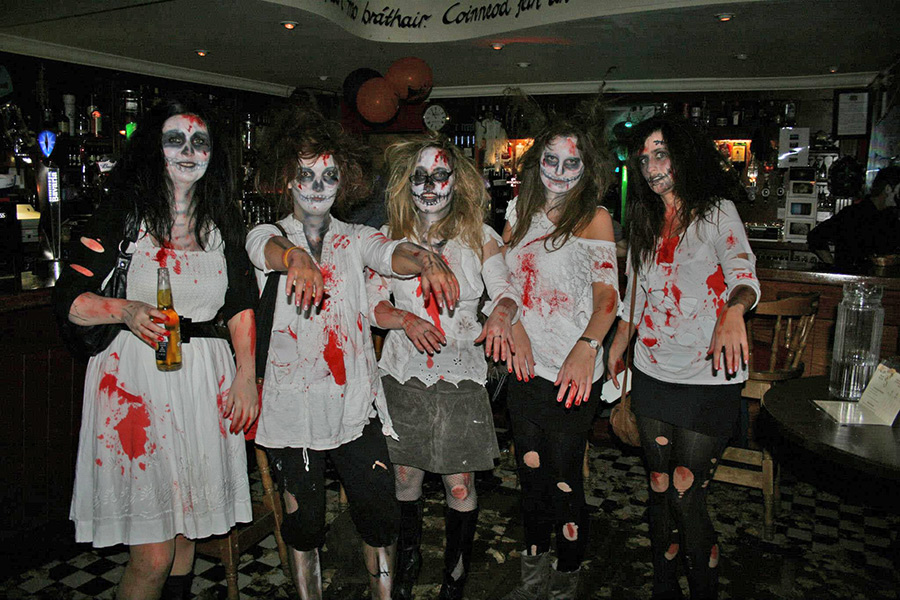 The beginnings of Halloween can be followed back 2,000 years to the Celts. The Celtic celebration “Samhain (sow in) praised the finish of summer and the beginning of winter. The Celts accepted that on October 31, the limit between the universes of the living and the dead obscured permitting apparitions of the dead to come back to earth to unleash ruin, harming harvests and domesticated animals. Veils and outfits were worn to attempt to emulate the insidious spirits or mollify them. At the point when Christianity came to Ireland, November 1 was assigned as “All Saints Day” (or “All Hallows Eve”) which was abbreviated after some time to Halloween.

Halloween on Inis Mor
Likewise with huge numbers of Ireland’s customs, Halloween on the Aran Islands is consistent with its starting points and things can get somewhat creepy.. The vast majority of the island’s occupants spruce up with outfits, veils and gloves to conceal their personality from their neighbors – not a simple assignment on an island where everybody knows everybody! Not a word is represented the whole day until late. In the bars and inns, drink and nourishment orders are composed on pieces of paper and went to the servers. Beverages are taken through straws so the islanders can abstain from lifting their veils and uncovering their countenances. Individuals hit the dance floor with one another in complete quietness and complete mask until the night’s end.

The Jack O’Lantern’s unpleasant history
Traditional_Irish_halloween_Jack-o’- lanternLegend has it that, in the eighteenth century, when an Irish metal forger named Jack was denied access to paradise, he made an arrangement with the villain. As Jack was sentenced to meander the earth perpetually he approached the fiend for somewhat light and the fallen angel gave him an ash of coal set inside a turnip. So the story goes that on Halloween, Jack, a cursed soul, meandered about startling the individuals of Ireland. Individuals cut countenances into turnips, lit them with candles and set them on windows ledges to ward away his malicious soul. At the point when the Irish came to America they discovered turnips difficult to find, yet there were a lot of pumpkins, so another convention was conceived!