Teampall na Naomh( The church of the Saints) is located behind the visitors centre at Dún Aonghasa. Nothing is known … 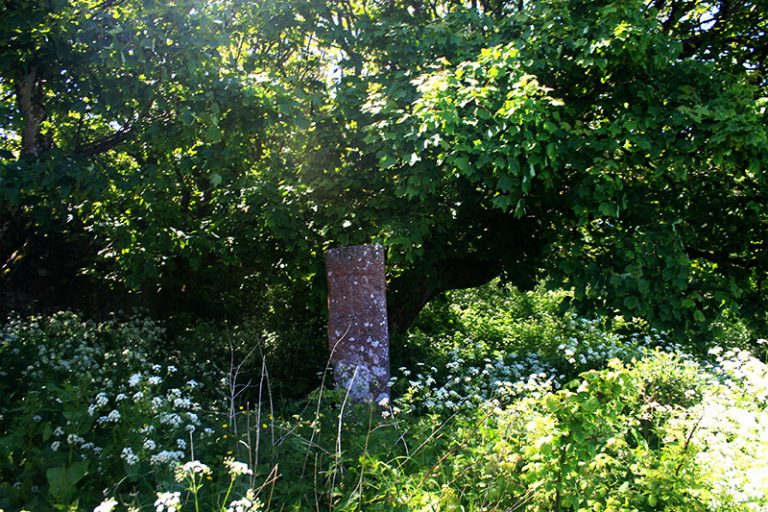 Both of these early churches are in the heart of the village of Cill Mhuirbhigh. Teampall Mac Duach( the Church …

In a field south of the church lies Tobar an Ceathrar Álainn( The Well of the Four Beauties). Its waters … 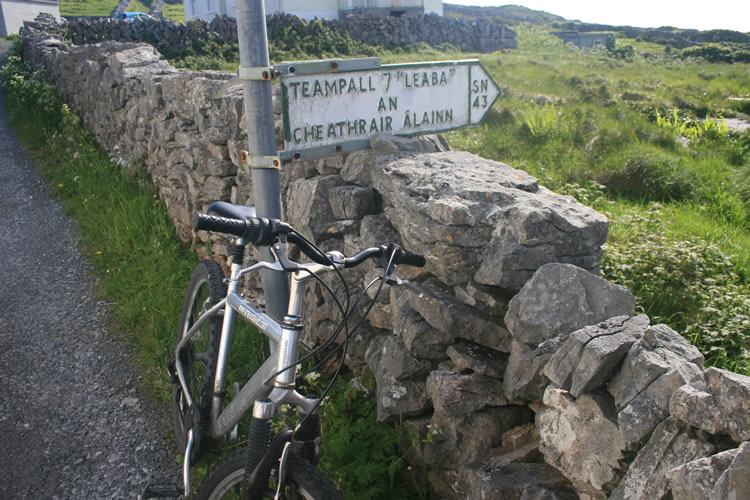 Teampall an Ceathrar Álainn( The Church of the Four Beauties) is found in the village of Corrúch in the middle of the island of Inis Mór. Dating from about the 15th century it is a small church built in Gothic style. The doorway is beautifully pointed. In the east window stands a statue of Our Lady which was donated to the site by local woman Bridget Dirrane on her 100th birthday. Bridget lived to be 109 years old . She wrote the book ‘ Woman of Aran’( Dublin 1997). The four beauties are said to be buried under the stone flags in an enclosure to the east of the church. These flags are said to have healing powers. Local lore is un-certain as to who the four beauties are but they are improbably identified on a wall-plaque as; SS Conall, Berchan, Brendan of Birr and Fursey.

Tobar Chiaráin( St Ciaráin’s Well). It is also known as Tobar an Bhradáin ( the well of the salmon). Tradition … 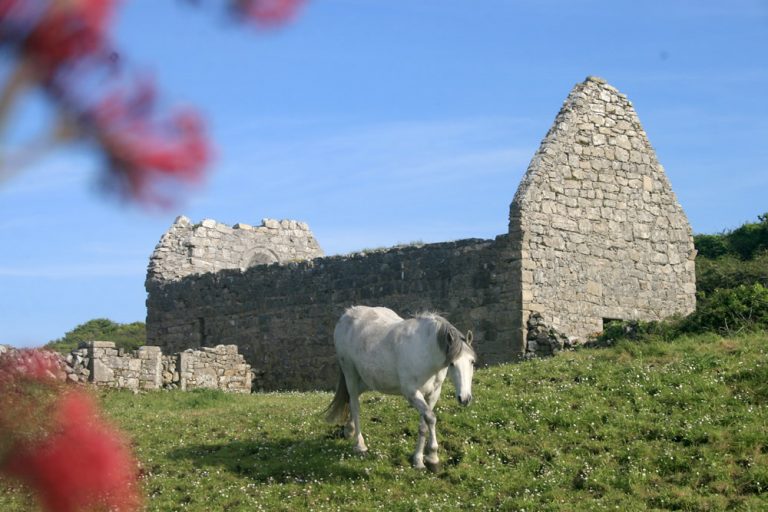 Teampall Chiaráin is in the village of Mainistir (meaning monastery). It is said to have been founded by St Ciarán of Clonmacnoise who studied here under St Enda before sailing up the Shannon to establish his foundation at Clonmacnoise. The church which dates from about 12th century stands on the old site of Mainistir Chonnacht. Several cross-decorated slabs stand near the church. These may be old Tearmann crosses( boundary crosses). The most striking one is immediately to the east of the church. It is well decorated and has a hole in it indicating it may have been used as a sundial. Traditionally islanders draw a handkerchief or scarf through the hole for luck or fertility.