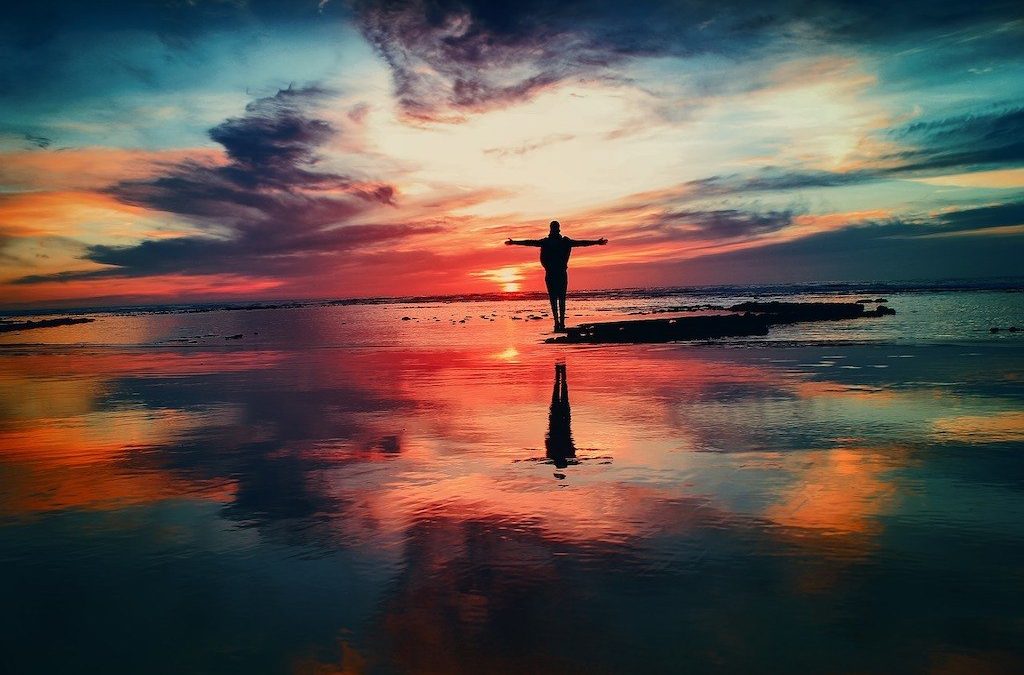 In line with the Aran Islands inherant spiritual nature is the practice of Yoga and Meditation. The islands are an ideal place to provide a venue for these activities. There are many arranged meditation and Yoga retreats as well on the island and it is not uncommon in the summer months to see people outside partaking in their chosen spiritual activity.

Anam Árainn Yoga
The Lodge in Killeany is an idyllic Árainn retreat centre. Visitors are welcome to book
into a weekend retreat or drop in to Anam Árainn’s weekly yoga classes.
Jacinta Carey has been teaching yoga for 20 years and her classes draw inspiration
from the natural elements and wild Aran landscape.

Her drop-in classes are suitable for all levels of yoga practitioner, and draw from
Jacinta’s training in Hatha, Iyengar, Sivananda, Kundalini, Vinyasa, Shadow yoga
and Yoga Nidra. 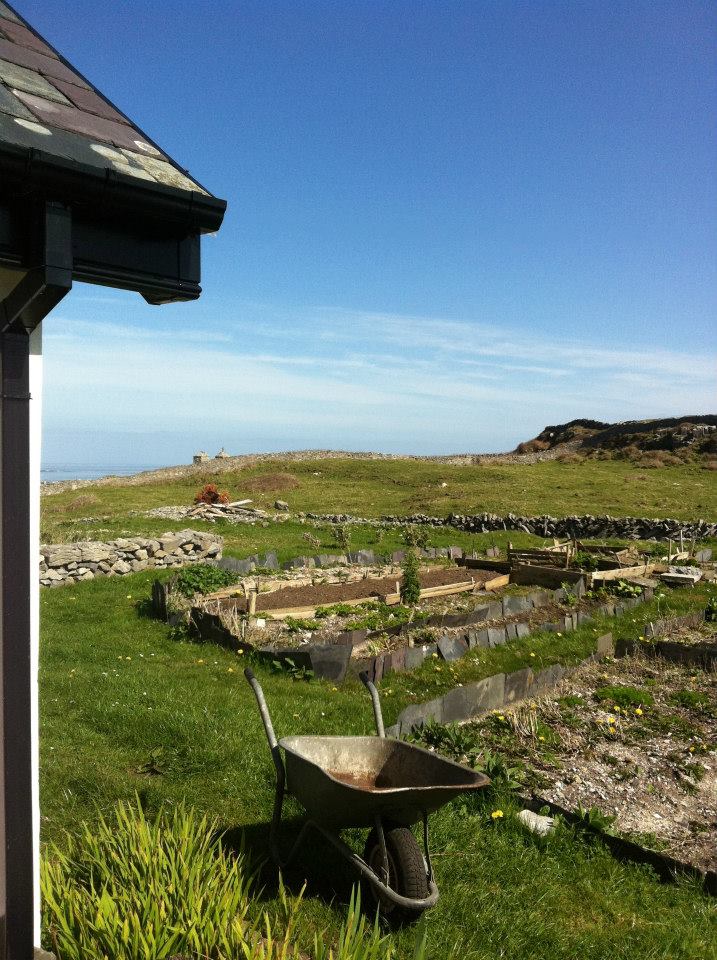 Anam Árainn yoga is a unique island experience, offering visitors the opportunity to
practice yoga on the location of the first intentional spiritual community in Ireland, the
place where Saint Enda lay the foundations of the Irish Celtic monastic movement.
The village of Killeany gets its name from Cill (church) and Éinne (Enda) and is
where Saint Enda set up the first monastic settlement around 484.

Aside from scheduled Anam Árainn retreats (see anamarainn.com) there is an option
for groups of four or more to book a tailor-made retreat. These retreats typically
include yoga, meditation and ceremony at some of Árainn’s sacred sites.

The Lodge was built in the 1750’s during the time of British rule. From its beginnings
as the island landlord’s house, it has since been transformed and is now a
welcoming retreat house and place where pilgrims can come to restore and recharge
and be inspired by the song of the ocean. 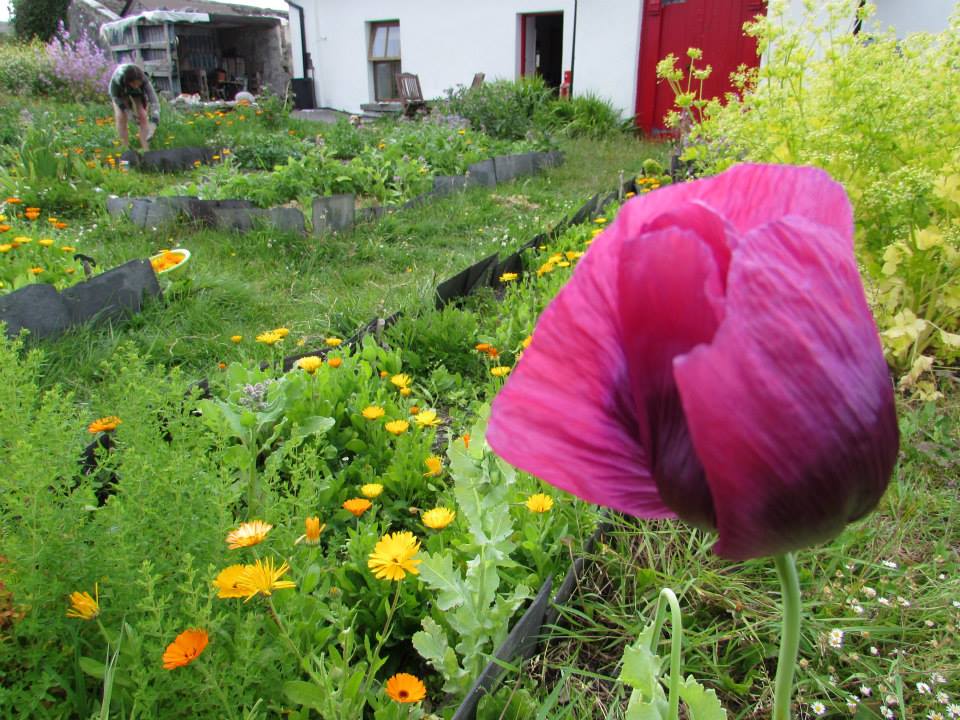 At the foot of the hill where The Lodge is situated is the bottom section of a 10th
century round tower and an ancient village well. The 4,000 year old cliff fort of Dún
Dúchathair is a 40 minute walk away while the more recent Teampeall Benán that
was built in the 8th century sits on the crest of the adjacent hill.

According to folklore, Enda, who was a warrior king of Oriel in Ulster was converted
to Christianity by his sister Fanchea. He went on to become one of the major Saints
of Celtic Christianity and is remembered as being the founder of the Celtic monastic
movement. Enda is one of the many Irish saints to have been connected to Árainn,
which is also known as Ára na Naomh, Aran of the Saints. Many of the leading
figures of the monastic movement spent time here. It was from Árainn that the
monastic movement spread to Ireland and then Britain and Europe. 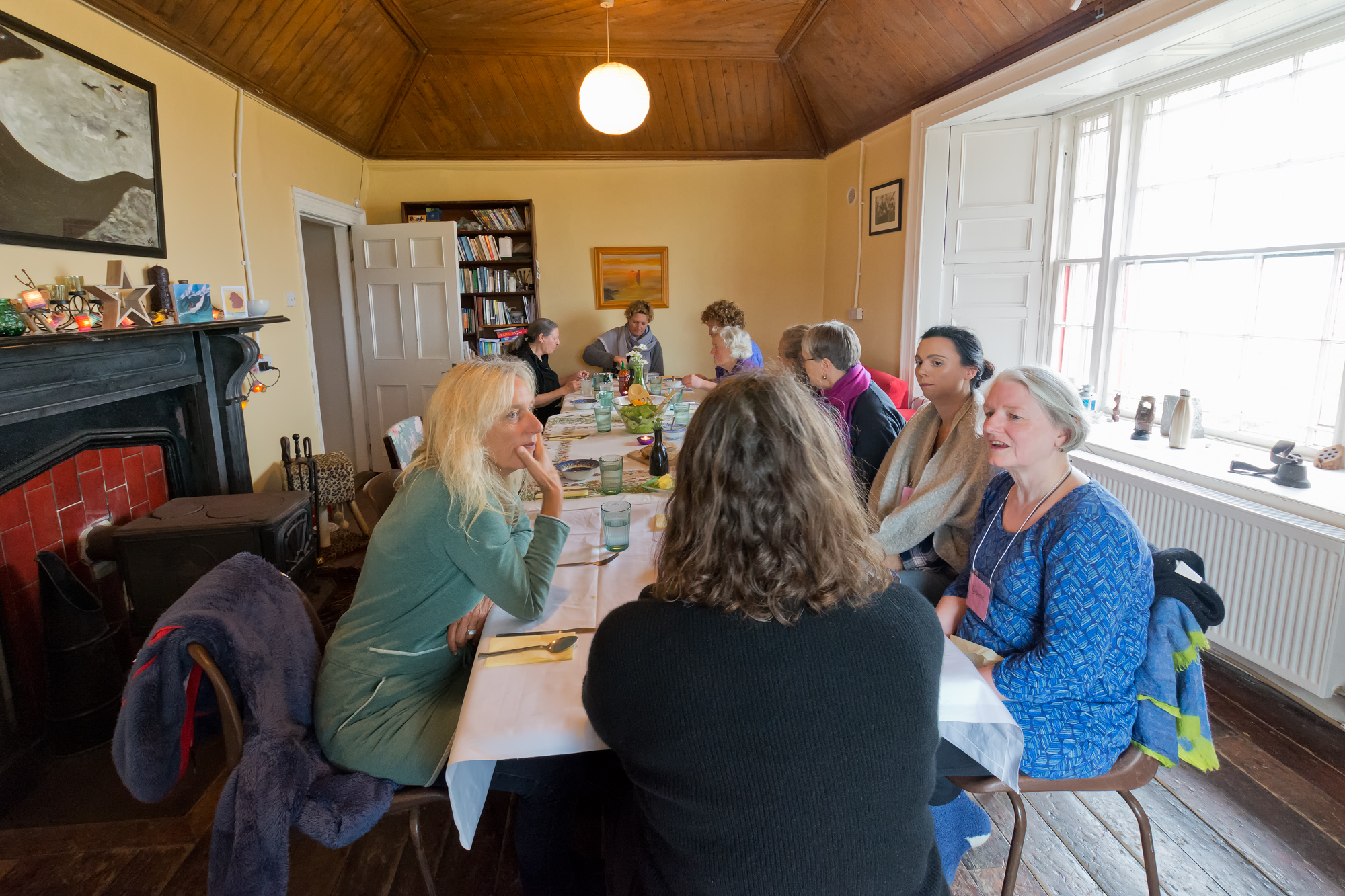 Anam Árainn also caters for pilgrims who wish to stay on that bit longer on Árainn to
connect with the land and do a personal retreat.
Ongoing Yoga Classes in The Lodge
Tuesday evenings – 7.30 pm and Thursday morning 10 am.
Class approximately one and a half hours. Drop-ins welcome, class times may vary
during summer months. Please call Jacinta M.A. IYA H. Dip. beforehand.