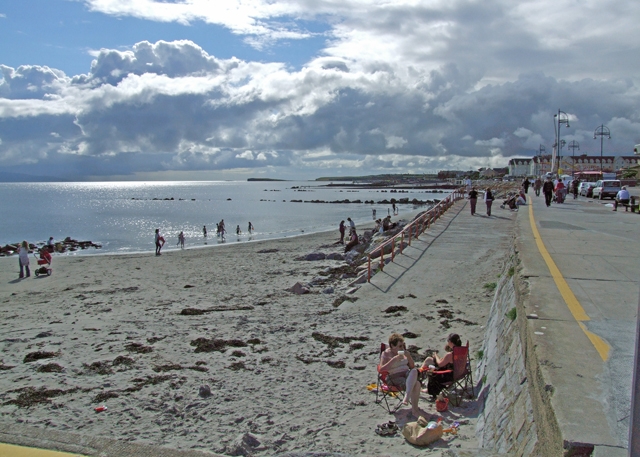 Salthill has been a tourist destination since the early twentieth century. During the 1950s it was a hot spot for dance and show-bands, the most noticeable location being the Seapoint dance hall now a leisure centre.

The 1970s saw the introduction of a number of casinos and more leisure centres. Leisureland, having a fair ground, swimming pool and concert hall, became a huge attraction and brought in top bands such as U2, AC/DC and ZZ Top during the 1980s, as well as artists such as Morrissey in recent years. There was an annual airshow (up until 2007) where up to 100,000 people viewed the air display along with a public water safety and army demonstration.

In recent years, Salthill was a centre point for the 2009 Volvo Ocean Race, as well as the more recent Round-Ireland Powerboat race in 2010. During these events, stands were set up along the Prom selling a variety of goods. Throughout all the developments, Salthill’s main attraction every year has been its promenade and numerous sandy beaches. Sathill having a clear blue sea along with a diving area located at Blackrock beach is popular with locals and tourists alike. Blackrock, having steps down to the sea, is used all year round regardless of the water temperature.