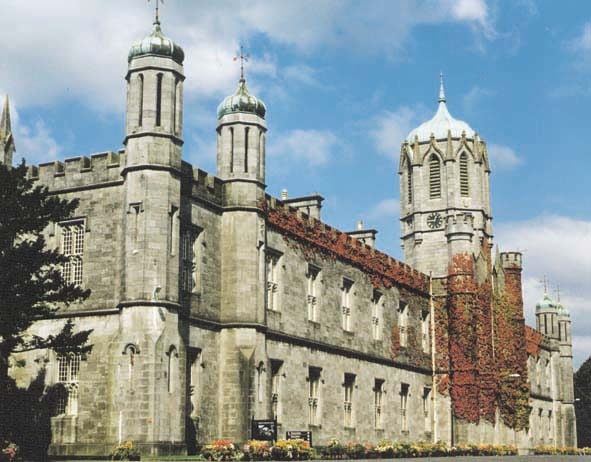 The National University of Galway, formerly known as University College Galway, was built by the banks of the Corrib River in 1845 and officially opened in 1849.

The stone quadrangle is one of the city’s most famous landmarks.

The University which is merely a ten minute walk from the city centre, as well as educating thousands of studends each year, plays an important role in the cultural life of Galway. It is the venue for many musical, literary and sporting events. –