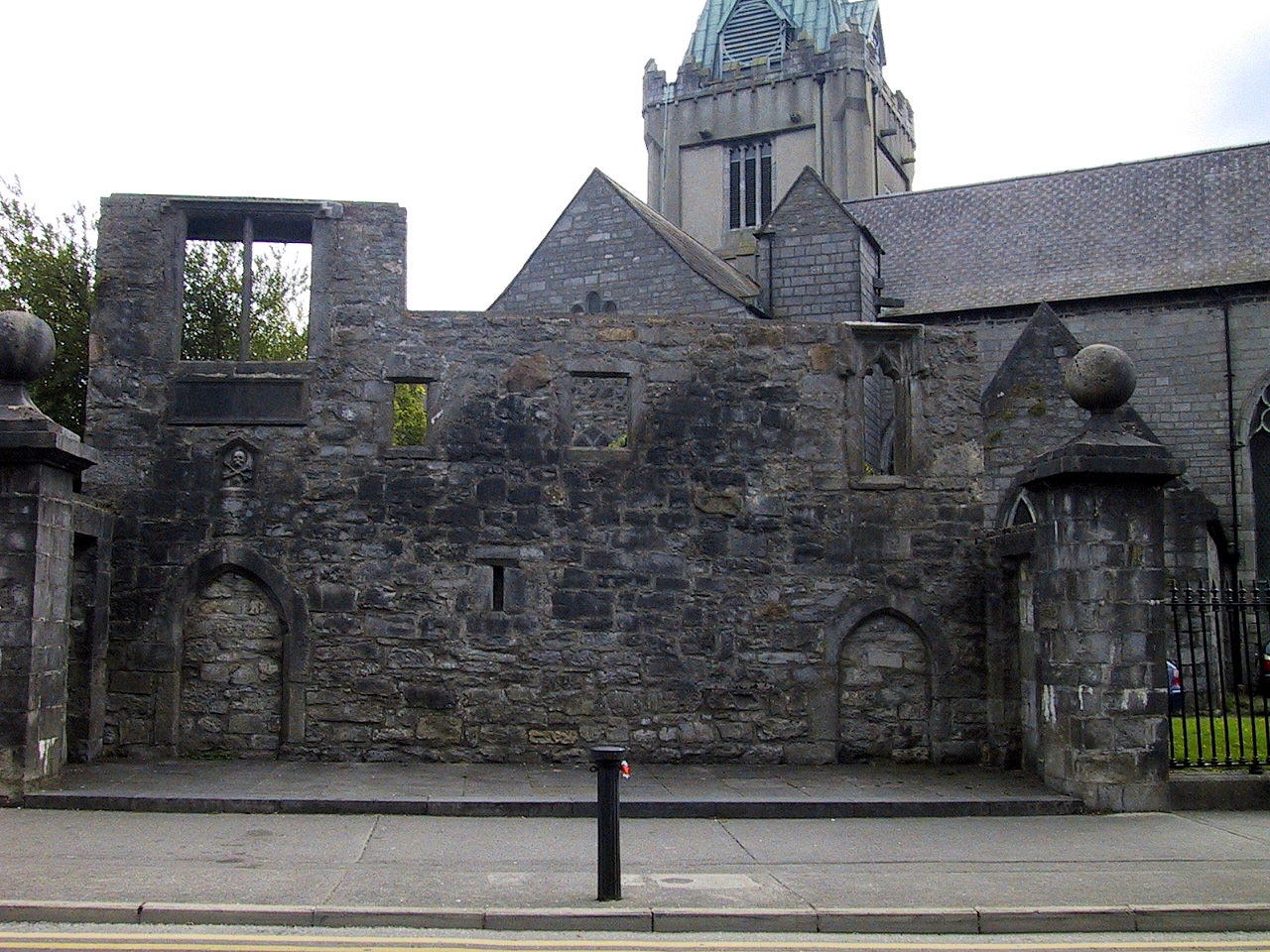 Situated in Market Street, at the edge of the graveyard attached to St. Nicholas’s Church, is an “ancient memorial” commemorating the ‘stern and unbending justice’ of the local magistrate Robert Lynch Fitzstephen, who reputedly hung (lynched?) his own son for the murder of a Spanish merchant in 1493. The wall however was not built until 1854. Complete with genuine old window and door fragment it serves as a fascinating example of 19th century heritage tourism. The story itself may or may not be true, but it has parallels in the story of Lucius Junius Brutus, founder of the Roman Republic, who executed his own sons for treason. The Lynch affair is quoted as an example of the civic mindedness of the great Galway families, who would not think twice about putting city before family. The term ‘to lynch’ (i.e. to hang a person illegally) is sometimes associated with this incident