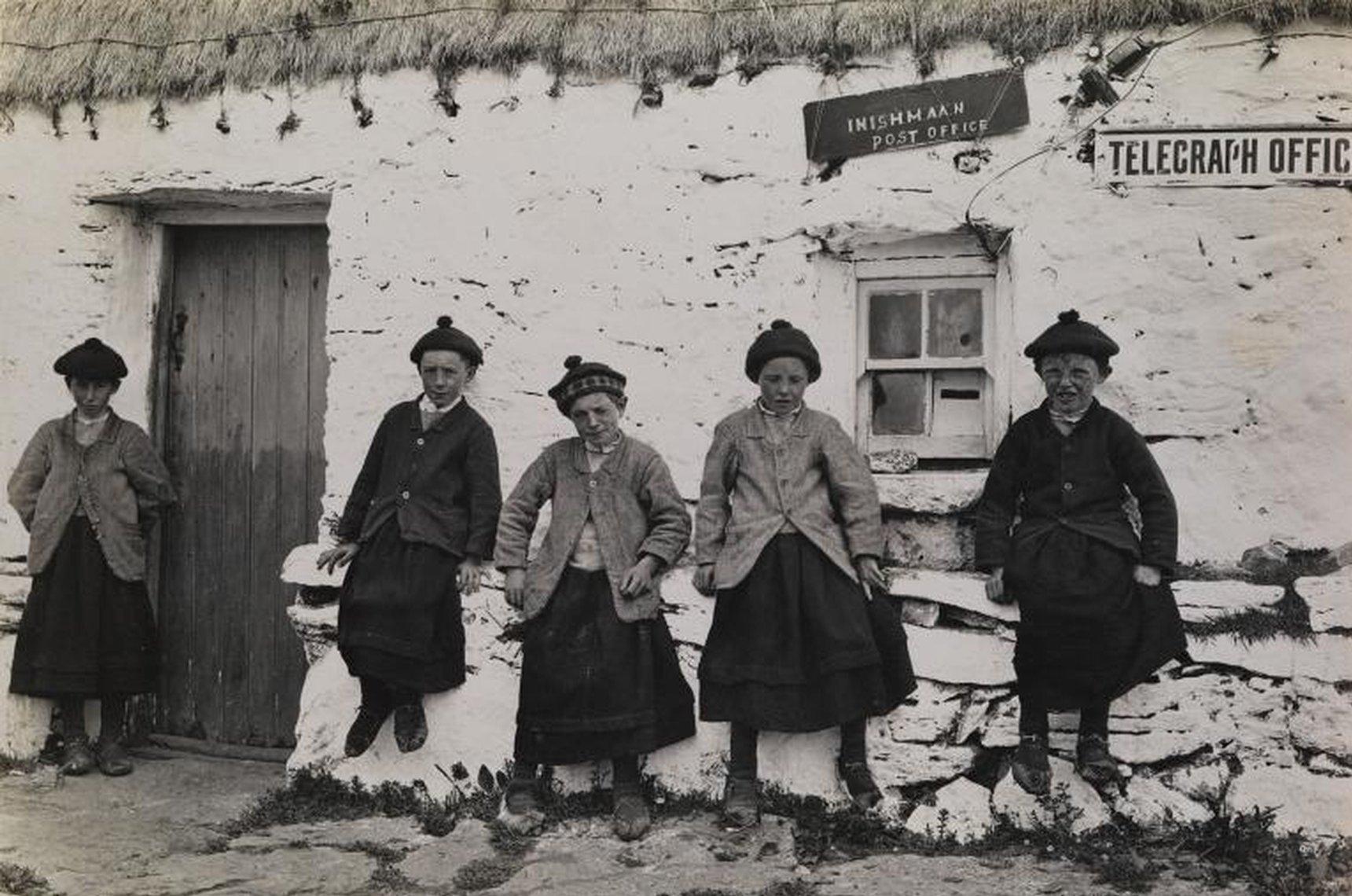 Megalithic- Stone Age Aran Islands
The first peoples populated the islands around 3,000BC. Where they came from we are not sure but they are likely to have come in from the mainland of Ireland. These first people built in stone. Stone-age or Megalithic monuments can be found on the three islands. A wedge tomb dating from 2,500BC such as that found at Corrúch in Inis Mór is a typical example.

On Inis Mór in the village of Corrúch there is a fine example of a Megalithic or Stone Age wedge tomb. This is a massive stone structure dating from about 2,500BC. It is thought it may have been used as both a place of ritual and a burial ground. It is one in a number of such structures found on the islands and elsewhere in Ireland especially in the Munster region. Traditionally this type of structure is known as Leaba Dhiarmada agus Gráinne( the bed of Diarmaid and Gráinne). This name is a reference to the young couple who mythology tells us slept at these sites on their journey around Ireland. There are three wedge tombs on Inis Mór at Eochaill, Corrúch and Fearann an Choirce

Bronze and Iron Age Aran Islands
The second main phase of occupation on the islands is what is referred to as the Bronze Age civilisation. This dates from about 1500 BC to 500BC. It so called because of the bronze objects made by these people. Cnoc Raithní in Inis Oírr is an example of a bronze age burial mound in which various bronze objects were found( cf. Monuments of Inis Oírr). Bronze age objects were also found at Dún Aonghasa one of the great stone forts of the islands. The Bronze Age was followed by the Iron Age and the arrival of the Celts. The Iron Age is so called because the people used Iron. The Celts were especially famous in Europe for their smithcraft. Some of the forts are also thought to be iron age.

Stone Forts of the Aran Islands
The Irish word Dún means fort and the islands are famous for their stone forts. These are thought to date from the late Bronze age( 1100BC) through to the Iron age (300BC-500AD). There are a number of forts found on the three islands. They are part of a complex of such structures found along the west coast of Ireland from Donegal in the north to Kerry in the south. Over the past decade a number of these forts including Dún Aonghasa on Inis Mór have been excavated as part of ‘ The Western Stone Forts Project’. What the function of these forts was is unclear. Some suggest as well as being habitation sites they may also have been used for ritual purposes.