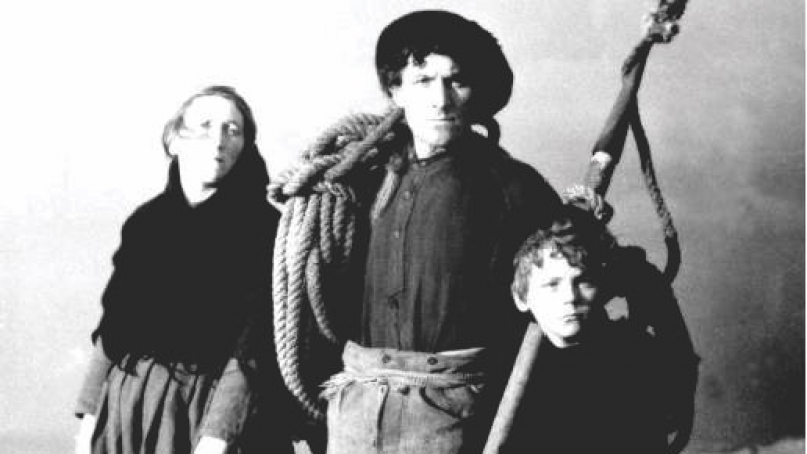 The three Aran Islands are fascinating historically and culturally because they are such remote islands in the past few hundred years have developed a very rich civilization or lifestyle that is particular to themselves. Living out in the Atlantic ocean, getting food from the sea and shoreline, living on a rocky island with very little soil for growing any food. The islanders had to survive but in their survival they developed a very rich culture.

The three Aran Islands have produced wonderful writers, poets, they have a unique style of singing (shanous singing), they speak the Irish language with a particular dialect of irish language which is Connaught Irish or Connemara irish , they have set dancers some of them particularly unique to the Aran Islands. They also developed various crafts, Aran Knitwear, Baron playing, experts at dry stonewall building. There is a lot in the culture and History in the Aran Islands.

In more recent centuries the islands were occupied by the colonial forces . No Islander could own any land on the island , the island was owned by some family who didn’t even live on the Aran Islands and the Islanders had to pay rent to that family . The last of those families to own the three Aran Islands was the Digby family . They were resented, the rent could go up or down  , people would be kicked out of their homes and conditions were quite miserable. Everybody was glad to get their freedom in 1921 when the three Aran Islands were bought over by the newly formed Irish Government and then Islanders were given the opportunity to work for the government , to make roads, bridges, slipways , walls, and that then gave them the opportunity to buy the land that they had been renting all that time.

Come and visit the Aran Islands and get a taste of this history and culture in the landscape and people who live here. 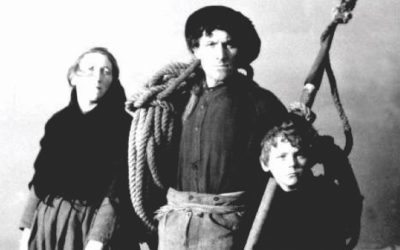 Aran Islands in the Movies

In this blend of documentary and fictional narrative from pioneering filmmaker Robert Flaherty, the everyday trials of... 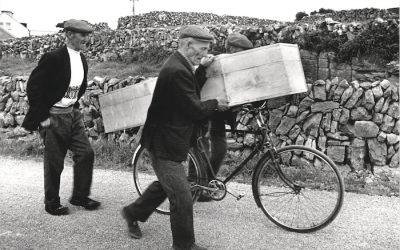 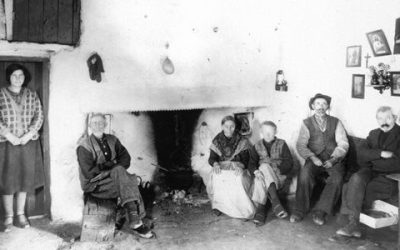 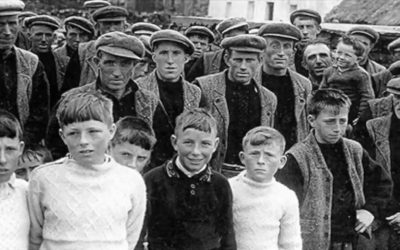 This is the main form of entertainment. Traditional music sessions both organised and impromptu are held in the pubs... 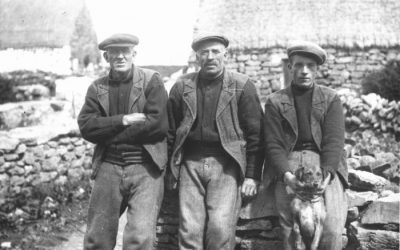 The chief source of livelihood on the islands is fishing, tourism and farming. Fishing includes both on-shore and... 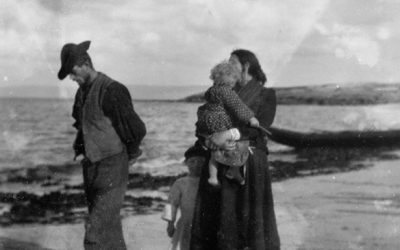 The islands are renowned for their writers. One of Ireland’s foremost Irish language poets of the 20th century Máirtín... 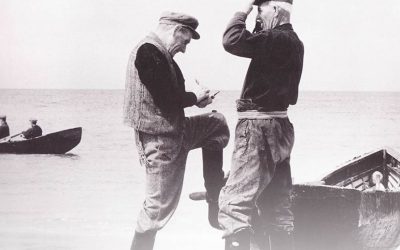 The Aran (or Arran) jumper/sweatertakes its name from the Aran Islands, was popular in the fishing villages on and... 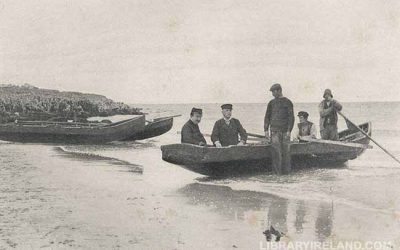 The Man of Aran Film

In 1934 Robert Flaherty launched the ‘ Man of Aran’ film. Filmed on location in Inis Mór it describes the life of the... 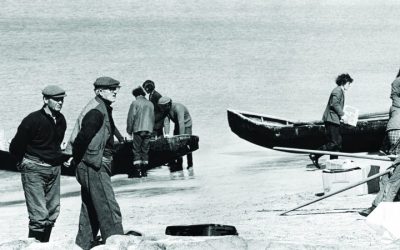 In 1684 noted scholar and antiquarian Roderic O Flaherty wrote’ A Chorographical Description of West or H-Iar...

The remains of Early Christian monuments are scattered throughout the islands. It is to these island hermitages of... 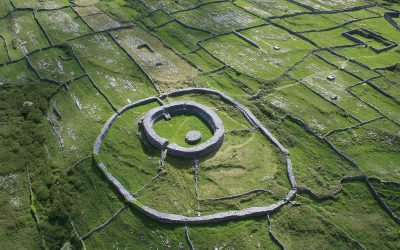 The second main phase of occupation on the islands is what is referred to as the Bronze Age civilisation. This dates... 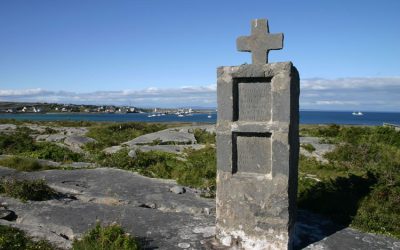 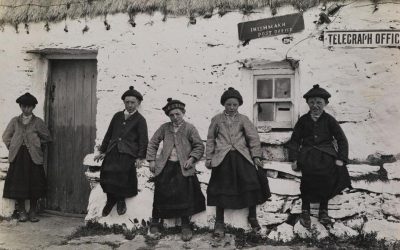 Megalithic- Stone Age Aran Islands The first peoples populated the islands around 3,000BC. Where they came from we are... 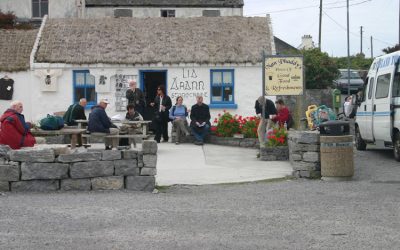 The Kilmurvey Craft Village is a favourite spot to visit for most people. Consisting of a handful of celtic inspired... 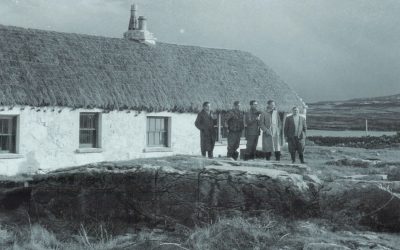 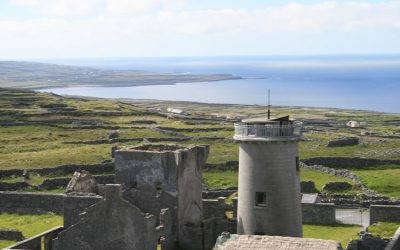 The lighthouse is one of the key landmarks of The Aran Islands. It is visable from most parts of the island and is...