Why Should One Visit Aran Islands Once In Their Lifetime? 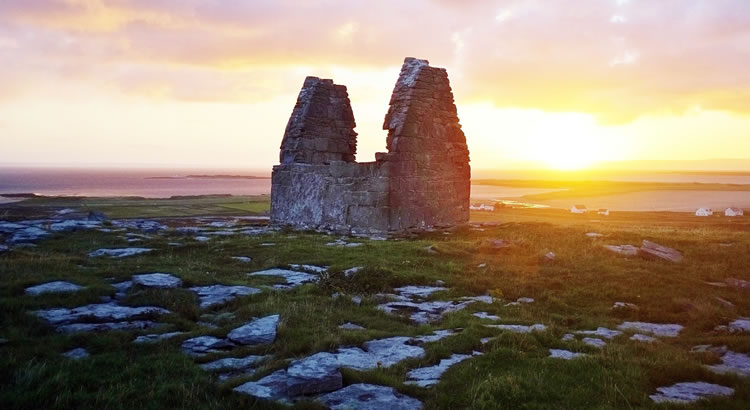 Why Should One Visit Aran Islands Once In Their Lifetime?

→  → Why Should One Visit Aran Islands Once In Their Lifetime?

The Aran Islands are a cluster of three islands located on the West Coast of Ireland at the entrance of Galway Bay. The three islands are namely Inishmore, Inishmaan and Inisheer of which Inishmore is the largest and Inisheer is the smallest. These islands are home to a population of approximately 1,200 people who use Irish and English as their prime languages. When people talk about islands, one often pictures crowded sandy beaches with plenty of sun and surf action.

If you have been to Ireland in the 19th century you might know how it has changed over the years where modern cities have replaced the old Irish outdoors. The Aran Islands however have remained untouched by modernization and urban culture and retains the old Irish culture to a large extent. Irish or Gaelic is still the primary language of the Aran island inhabitants although most people can speak fluent English.

The landscapes in the Aran Islands largely comprise of old Irish Pubs, small Restaurants, and pre-Christian era forts and the remaining terrain is mostly covered with vast stretches of green countryside, limestone rock, and eternal stone walls. The waters are great for angling and taking a bike ride provides a feeling of being one with nature and experience a moment of immense calm and tranquility. The Aran Islands are one of the most serene escapades one can ever think of having.

3. A View to Remember

The Aran Islands have been inhabited by humans since the Bronze and the Iron Ages. There are several ancient forts from the Bronze and Iron Ages located by the cliffs facing the Atlantic Sea. Dun Aengus which is located on a 300 foot cliff face, The Black Fort, O’Brien’s Castle, Teampull Bheanáin, Teampall an Cheathrair Álainn are few of the famous forts located in the Aran Islands which are famous for their scenic location. What make the place special are the low number of visitors and a complete absence of human population over here.

4. The Ruins from History

The Aran Islands are known for its history that goes back to more than 5000 years and is known for its ruins from the later Bronze Age. Few of the first Christian era buildings have also been greatly preserved in Aran Islands. Several medieval forts and churches from the 9th and the 10th century are also located in Aran Islands and are few of the most popular attractions in Ireland. limestone landscape in Inishmore and the Na Seacht Teampaill and Dun Aonghasa, are a few of the several attractions that make this place worthy of being a World Heritage Site.

If you think The Aran Islands are a treat for just the nature enthusiasts or people who are looking for a place to relax and enjoy the view, then you might be wrong. The Aran Islands has some of the best rock climbing spots in the world with cliffs that are 300 foot high.

It also has some great off road cycling tracks, serene turquoise water for divers and snorkelers and particularly large waves for surfing in the winter months.

If you are not interested in history or how civilizations came to exist and are looking for some adventure to pump up your adrenalin, then rock climbing could be the thing to try. The jagged and rocky cliffs of The Aran Islands are an attraction for rock climbers although most people are drawn to the views and atmosphere of the cliffs as relaxing sight. Dun Aonghasa is the main attraction for tourists visiting Inis Mor Island and is one of the main features of the Wild Atlantic Way.

Further adding to this, Poll na bPéist which is a naturally occurring wormhole at the base of a cliff that leads to a 91 foot drop, is the venue for the Redbull Cliff Diving competition.

Like the great scenery and serene atmosphere that the Aran Islands contain, the people are overly friendly and welcoming. The islands are also home to several unusual and quirky customs and traditions which are healthy sources of entertainment for the visitors;especially the Ted Fest where inhabitants indulge themselves in a drinking fiesta while being dressed as Priests and Nuns.
www.tedfest.org/