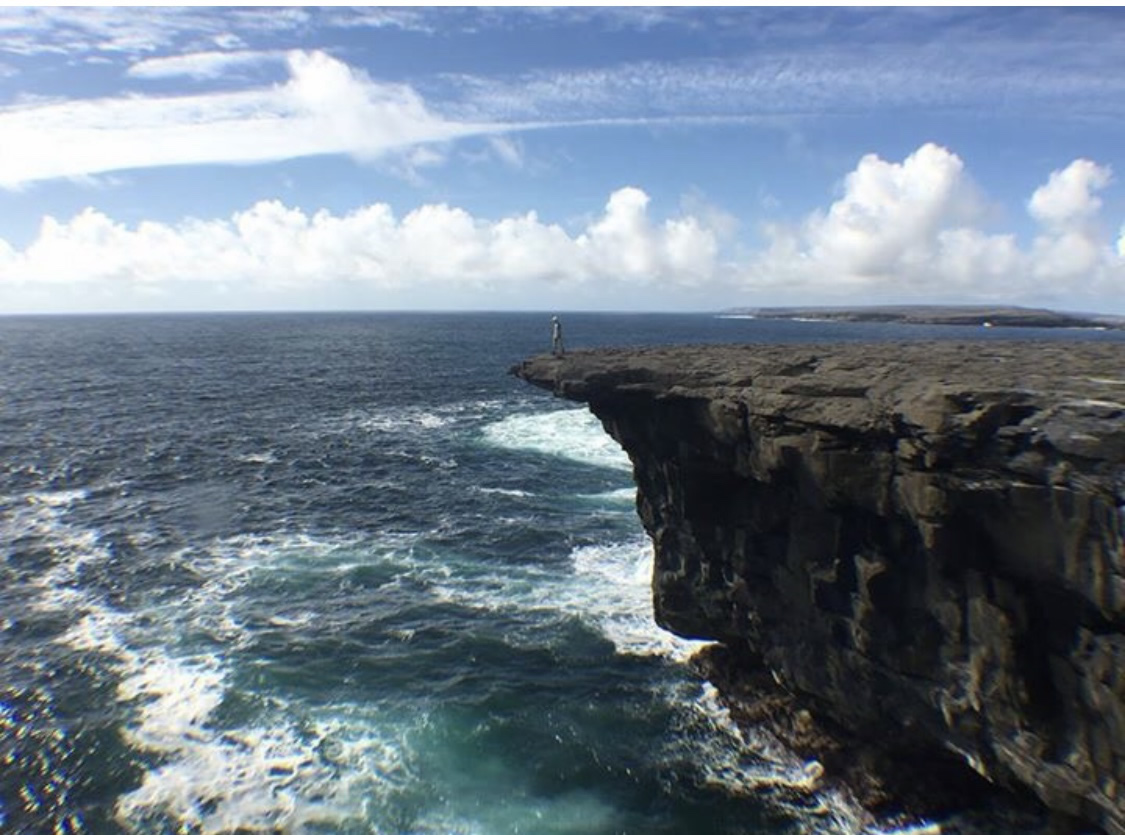 When John Millington Synge, premier playwright and Aran archivists, wrote in his book, THE ARAN ISLANDS, that “no two trips to Aran are the same,” he spoke greatly for me.Anticipating each journey, I’ve wondered “Have I not seen it all? “How can last summer be topped? What is it that Aran still has to teach me?”  This I do know…..Aran never goes stodgy and I’m never disappointed. Nor, do I depart as I was before. There’s always something cathartic in wandering the islands and spending time with her people.

On the road last summer, I was considering these truths, when I met a friend. I said, “You know…I’ve been here four summers and I always discover something I haven’t seen before.” She smiled knowingly, and replied, “My darling, I have lived here my whole life—and my parents before me, and theirs before them, and on and on—and each day brings something new, or a fresh insight, or a greater understanding.”

Though I’d been to Aran twice before, my 2016 journey was different, and though I excitedly anticipated it, there was also a measure of fear and uncertainty.

I, like Synge, had been commissioned to go. The poet, Yeats, had directed Synge. My own mother commissioned me.

In the last years of her life, because she had gone blind, I’d read to my mother every day and we’d spent long hours of good conversation. We’d always lived close as toes—she was not only my Mother and best friend, but she’d become my back-door neighbor-living in her own small house behind mine. Near the end of her life I’d read Synge’s book, and on her deathbed, she’d pointed a crooked finger and instructed, “When this is over, go out to those islands you love and get some rest. Walk around. Write some stories. That’s what you love to do. Then, with a twinkle, she’d said, “Make me look good.”

So much of my identity was tangled up in my mother’s apron strings and while death might’ve t cut them and even old as was, it couldn’t break those bonds of obedience. I resolved to go to Aran. To spend weeks alone—resting, walking with my grief, and participating in a Creative Writing Course. I’d do for myself, what Synge had done for the Aran people—I’d finally, express a life that had never found expression. That life would be my own. Yet, truth to tell… I was uncertain of my ability to do so, I was fearful of life without my mother and I was overcome with the loneliness of it all. Still, I went. I took my barren self to a seemingly barren rock.

I believe now, that my wise mother knew what was there for me. She understood that by testing my strengths, overcoming my fears, spending time apart with simplicity, with nature, and embarking on a creative path, that blessings of healing and confidence would come for me. I wonder, did she know, too, that out on those cliffs and beneath the Aran skies, I’d feel her presence most profoundly? There were days, with Heaven so low, I was sure I could reach up and poke a hole in it and hold her hand again.

Of the many remarkable things I love about my mother, an outstanding one was that she always moved forward—in the physical sense of intentional walking and in the emotional ways of positivity and hope.  She knew the restorative, peace-imparting possibilities of deliberately venturing out, scary as it might be, into the unknowns of life.

This morning, I sat to write other things about Aran. Yet, I kept returning to these memories and to something my son wrote over the weekend. “Maybe I should trust, ” I thought. “Get out of the way of the story and just let it travel where it wants to go.” I think my child has expressed, more eloquently and succinctly than ever I could, the point of this story…..

”I was in a deep ravine-a tangled mess of rock, mountain laurel, and native rhododendron. I knew I should turn around, but the unknowns kept moving me forward. It was as beautiful as it was intimidating. I remember similar feelings playing in the woods as a child. Not lost, but not found. All alone. The duality of peace and fear is important to experience from time to time. It’s where respect for something much larger than ourselves can be found.”

My son had been had been roaming the Tennessee hills. In the days of my 2016 Aran summer, I’d experienced the same for myself—

The duality of fear and peace—and I realized, too, that by going out alone and becoming lost, in a sense, I had placed myself, my grief, my stories, inside the something more of my own life—and out where the wild garlic grows,

I had discovered a deep respect for something much larger than myself. 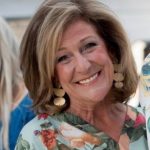 Vivienne Nichols
Vivienne Nichols writes from her home in Tennessee. She contributes to her local newspaper and has honed her craft in creative writing workshops on Inis Mór. Vivienne spends summers in Aran and loves to write there and of her unique experiences and relationships with the landscape and Aran friends.