The Ultimate Guide to County Galway 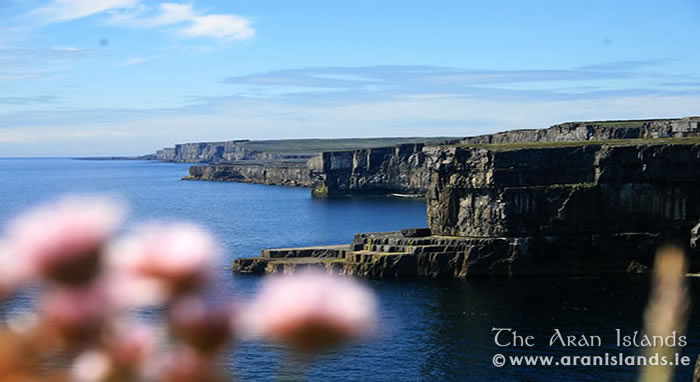 The Ultimate Guide to County Galway

Galway is a must see for when it comes to exploring and finding things to do in Ireland. Galway is known for its lively nightlife, mouth-watering food, ancient history and of course the Gaelic language. It’s hardly any wonder that Galway was crowned the European capital of culture for 2020.

Here is my guide to making the most out of 4 days in Galway:

Activities and Things to do in Connemara

Connemara is an area known for its unspoiled natural beauty and rugged landscapes. For anyone looking to experience the authentic Ireland, Connemara is a must to see and do.

Most bus tours of Connemara begin in Galway city and will bring you to Leenane village, Killary Fjord and Kylemore Abbey. Leenane is a picturesque village located at the head of Killary harbor between the Maamtrasna and Maamturk mountains. Leenane is also famous for the film adaptation of John B. Keane’s play “The Field”. The Killary fjord is Irelands deepest fjord and extends 16km (10 miles) from the Atlantic to Aasleage, just below Aasleagh falls. The fjord forms the border between Galway and Mayo, while providing spectacular scenery.

Kylemore Abbey is a sight to be seen, I’ve been there multiple times and each visit is just as special as the first. Kylemore Castle was built on the side of a mountain in the late 1800s by Mitchell Henry. Nowadays, Kylemore Abbey is owned and run by Benedictine Nuns who have been there since 1920. Kylemore is home to the beautiful Victorian walled gardens which today displays plant varieties from the Victorian era. Kylemore’s neo-Gothic church is another sight that must be seen. The interior of the church is beautifully decorated with detailed stone carvings, marble pillars, vaulted ceilings and stained glass. Choirs travel from around the world to Kylemore Abbey to sing in the Gothic church for its wonderful acoustics.

When it comes to food and drink, Galway is up there with the best, with a wide range of restaurants from Michelin star to the local fish and chip shop. Quay street is known for its nightlife in Galway as it has a lively and welcoming atmosphere. Quay street has plenty of restaurants and most have their menu posted outside for viewing. My recommendation is to have a look and see which restaurant tickles your fancy. After spending a good long day of sight-seeing and travelling the length and breadth of Connemara, what better way to see off the night by enjoying some traditional Irish music and a cold pint of Guinness in Tigh Coili’s.

No visit to Galway is complete without visiting the Aran Islands, which were voted one of the World’s top island destinations by National Geographic. The Aran Islands consist of three islands off the coast of Galway which are accessible by both boat and plane.  Inis Mor is the largest island which is 9 miles long and 3 miles wide with a population of roughly 800 people. Inis Maan is the middle island and Inis Oirr is the smallest island. The Gaelic language is spoken on all of the Aran Islands and all schooling on the islands is taught through Gaelic.

Inis Mor is the most popular island, there is so much to see on the island that one day simply isn’t enough. Upon arriving on Inis Mor you will be greeted with multiple options of travel such as bicycle rental, horse drawn carts and buses. My preference is always the bicycle as I can explore whatever I want, when I want. Some may argue that I’m biased as I worked at a bicycle hire on the island for the majority of my teenage years, but it’s hard to beat a bike ride to get the blood flowing for a day full of sightseeing and exploring.

Dun Aonghasa is the main attraction on the island and it consists of a semi-circular stone fort built on the edge of a 300ft cliff. Archaeological evidence indicates that Dun Aonghasa was inhabited on and off as far back as 1500 BC. To access Dun Aonghasa everyone must walk a half a mile from Kilmurvy village to the cliff top which takes approximately 15-20mins. Inside the innermost wall at Dun Aonghasa you will notice a stage like area which formed the focal point in rituals and lives of those who lived there. Between the second and the outermost wall of fort you will notice thousands of upstanding jagged stones known as “Chevaux de Frise”. These stones were placed in awkward angles to prevent the enemy’s horses getting through to the fort. The visitor center at the base of Dun Aonghasa has a lot more detailed information on the site.

Poll na bpeist is large rectangular shaped pool naturally carved by the ocean. Poll na bpeist was a relatively hidden gem on the island until 2012 when the Red Bull Cliff Diving world series was held there. The event was very popular as it attracted people from all over the world to Inis Mor to watch the world’s best divers compete in one of the most respected diving competitions on the planet. The event was so popular that Red bull held the cliff diving world series on Inis Mor again in 2014. Watching the divers, jump, twist, flip and land feet first in the water from a height of 28m was nothing short of spectacular. Would I ever jump into poll na bpeist or recommend it? Absolutely not, I’ll leave that to the professionals but in terms of cool places to see on Inis Mor, poll na bpeist is high on the list.

Bungobhla is the western most village on Inis Mor, it is a spectacular place to watch the sunset in the late summer or watch the massive waves pound the rocky coastline during storms. Bungobhla is where the retrieval of a currach in the storm scene took place in the award-winning film Man of Aran by Robert J. Flaherty.

While returning back to the main village of Kilronan via the coast road numerous seals can be spotted at the seal colony. The seals are hard to miss during low tide as you will see large grey mammals lying on the rocks. However, during high tide you will have to look a little harder as the rocks will be covered and you will only see the seals head poking out of the water. There is ruins of a large house adjacent to the seal colony which are the remains of “An Teach Mor”, a seaweed factory built in 1865 for drying and burning seaweed to kelp, which was later sold to the mainland for the extraction of Iodine.

My go to spot for lunch on Inis Mor is Ti nan Phadi located at the base of Dun Aonghasa in Kilmurvy village, their beef stew and homemade brown bread is top class. In terms of dinner, there are a few restaurants to choose from in Kilronan and a plenty of pubs to provide entertainment for the night.

Sunrise on Inis Mor is a spectacular sight, and what better way to embrace it than up at the smallest church on the island, Teampall Bheanain.

Teampall Bheanain is one of the smallest churches in Europe, if not the smallest. On a clear summer day, you will be able to see Connemara to the North, Inis Maan, Inis Oirr and the Cliffs of Moher to the East and if you’re very lucky Mount Brandon in Kerry to the South. Teampall Bheanain is a beautiful spot for a picnic where you can sit back and relax by watching the ferries, planes and tourist arrive from one of the most tranquil places on the island.

Dun Dubhchathair is another semi-circular ring fort on built on the edge of a cliff, very similar to Dun Aonghasa. This is my favourite fort to visit on the island, the cliffs on which the fort is built aren’t as high as the cliffs at Dun Aonghasa, but there is something very special to me about Dun Dubhchathair that I cannot place, perhaps it’s because that there’s no distinct path to the fort which give more of a sense of adventure or simply because it’s one of the roads less travelled.

It would be a crying shame to leave the Aran Islands without bringing home some sort of a souvenir. There are multiple craft shops scattered throughout the island selling various different crafts from hand-woven baskets to the traditional spec cap but most popular of all would have to be the Aran Sweater. The Aran Sweater consists of various different combinations of stitches and patterns, with each stitch carrying its own unique meaning. Historically, each family had their own distinct pattern which was passed down from generation to generation. Each distinct sweater pattern would allow other family members to identify bodies of fishermen washed up on the beach following an accident at sea. Aran Sweaters have been popular on the islands for hundreds of years. However, when famous celebrities such as The Clancy Brothers, Grace Kelly and many more exposed the true beauty of the Aran Sweater, the popularity of the sweaters sky-rocketed. It just goes to show that for a bunch of small isolated islands off the west of Ireland that lacked modern day necessities such as electricity and running water, we were years ahead of everyone else when it came to fashion.

Things to do in Galway City Center

In the center of Galway city is Eyre Square, a small park with a unique sculpture at the top of the park. The sculpture is a representation of the sails of a Galway Hooker, a traditional sailing boat that was used for fishing and transporting various cargoes such as turf, livestock, seaweed and poiteen (moonshine). The sculpture is a symbol for the important role the Galway Hookers played in the economy of coastal communities particularly in the west of Ireland. The Galway City Museum located beside the Spanish Arch has a fantastic exhibit on Galway Hookers and their history.

The Spanish Arch is one of Galway’s historical land marks that dates back to pre-medieval times. The Arch was built 1584 as an extension of the city walls on the banks of the river Corrib. It is believed that Spanish galleons docked here and sold their goods at the docks. The Spanish Arch was built to protect these merchant ships from looting.

Located on the opposite side of the river Corrib from the Spanish Arch is the Claddagh. The Claddagh is one of Irelands oldest fishing villages. Claddagh people predominantly made their living through fishing. The men would fish in Galway Hookers and the women would sell the fish in a market located beside the Spanish Arch. These days the Claddagh is better known for the origin of the famous Claddagh ring. Traditionally, the Claddagh ring was handed down from generation to generation as a wedding ring. The ring symbolizes love (the heart), friendship (the hands) and loyalty (the crown). The Claddagh ring is popular all over the world and there’s no better place to learn about its history than in Galway.

I hope you have a fantastic time exploring the best of what Galway has to offer.

Until next time, Slán go fóill (Goodbye for now).