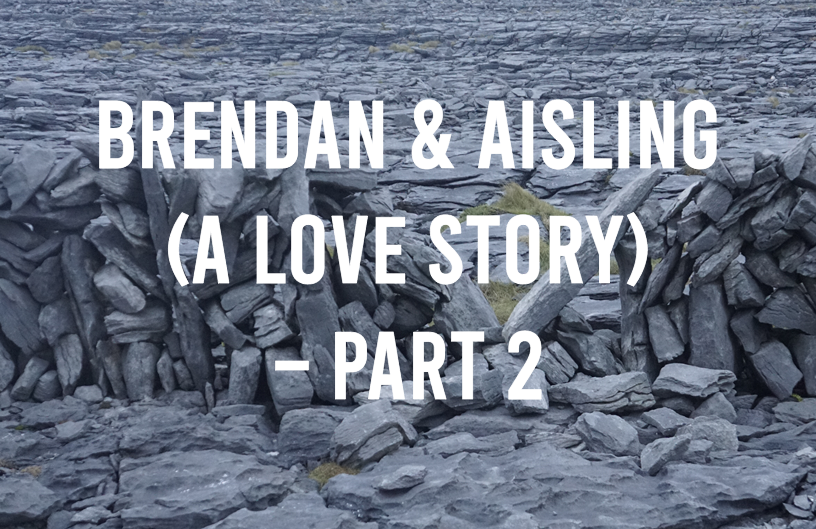 And so, the summer passed in relative peace. Days turned into weeks, and weeks into months. He completely replaced the thatched roof on her cottage, which was a huge job. He milked cows, fed the pigs, collected eggs and fed her three horses. And he wrote, and wrote, and wrote – like a madman. Occasionally, he was employed as local guide for tourists, which took him away from the cottage for a few days. But she was always delighted to see him return. That summer was their enchanted Dreamtime, as the Irish philosopher John Moriarty once titled his book. Both of them had read it and loved it. And though both he and Aisling were Christian, they knew the depths of the old ways, and that their religion was only a thin veneer of something much deeper. They had both entered the dream that first brought them here.

Their quiet walks together in the woods and beside waterfalls were always encountered with divine presence, giving them deep joy and peace beyond words. And there was raucous laughter too, as they rode the horses (bareback) along the ocean’s surf. He fell off, a lot. But she would towel him off-dry, then tousle his hair. He didn’t mind it one bit. In fact, he loved it. And at night, candles were lit as there was no electricity. After supper, he added more peat to the hearth fire for warmth. Sometimes they went out to enjoy the clear, black Irish night, just to stargaze. Her cottage was the only one to be seen for miles. He always left a candle in the window in the hopes that one day, his grown children might find him before he died. And before they retired, each to their own room, she would ‘smoor’ the fire, invoking the name of Bride (Brigid) for their protection. By late October, the end of the Celtic Year, their friendship had grown and deepened to a profound level.

The rarified air between them became intoxicating. Then, on Samhain, the passion overwhelmed them. He was laying on the couch after supper, quietly sleeping with (yet another) book over his face, to block the light. Aisling quietly crossed the floor and gently removed the book from his face. He slowly awoke to see her vivid green eyes and angelic smile, before she informed him that he was snoring like a pig. They both laughed quietly together, but she remained kneeling at his side, peering into his eyes. Then she took his hand, got him up, and led him to her bedroom.

By candlelight, they kissed for the first time, first very tentatively, then deeply and passionately. They slowly removed each other’s clothes, his hands exploring her curves and features, she did likewise. They lay naked beside each other on the bed for the longest time, not wishing to break out of the trance.  She received him, enfolding him in her love. Their love-making was rhythmic as if on horseback. Their eyes remained fixed on each others. For Brendan, it was like the slow-moving of the surf, until he could hold back no longer; his passion releasing and breaking, as if on a rocky shore. She gently cooed and brushed her hair on his chest before kissing him slowly. It was art in motion. The weeks of love-making continued into the dark, black and rainy months of winter. They both loved listening repeatedly to “Emer’s Dream” by Colm Mac Con Iomair. They felt it matched the rhythm of their love-making perfectly – the gentle swaying of the violin, undergirded by the strident surging of their ocean-side horseback chases. But their love-light remained and grew.

They read to each other and talked about things of great importance: the color of the sky, the waning of the moon, the changes in the tides – the sheer wonderment at God’s Creation. On Imbolc (February 1st), the first day of spring, along with the Feast Day of St. Brigid, he prepared a very special meal. After dinner, Brendan gently sat Aisling down beside the hearth and began reciting the Irish poet Brendan Kennelly’s poem “Songs of Summer” to her by heart.