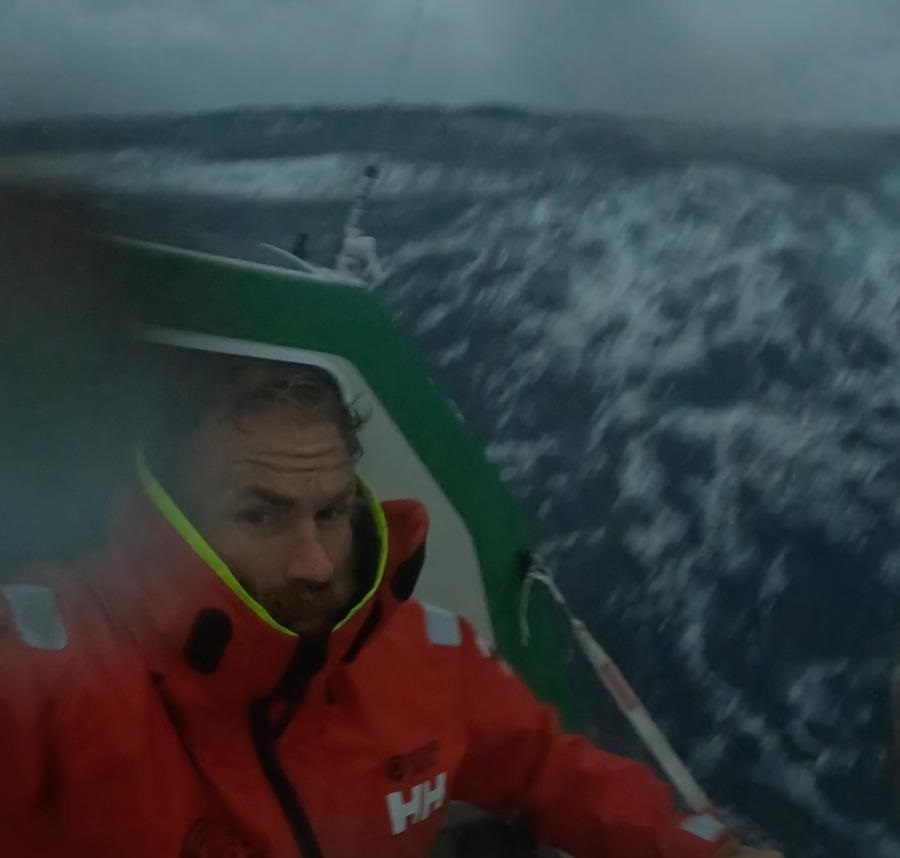 Frank Samuelsen and George Harbo, two Norwegians became the first two men to row across the Atlantic Ocean. Samuelsen and Harbo departed Battery Park, Manhattan in June 1896 in their 18ft clinker-built wood boat “Fox”. 55 days and 13 hours later they arrived in the Scilly Isles covering 3250 nautical miles. Following their arrival in the Scilly Isles, they decided to continue rowing for another five days to to Le Harve, France.

Rowing the Atlantic Ocean in the 20th Century

John Ridgeway was 26 when he heard of David Johnstone’s plan of rowing across the Atlantic Ocean. However, after meeting each other for the first time, Ridgeway decided that their partnership would not work. Ridgeway, a captain in the British Military in tip top shape, and Johnstone, an overweight journalist. As it was decided that they would not be teammates, the race was on. Whose boat would be the first to row across the Atlantic in the 20th century, would it be Ridgeway or Johnstone?

Having studied at the Pangbourne Nautical College and trained in small boats, Ridgeway was well versed in navigation, signals and seamanship. After many long nights of analyzing and comparing what type of boat he would need. Ridgeway finally found a durable, affordable and rowable boat suitable for crossing the Atlantic. All he had to do now was to find a rowing partner.

Ridgeway started to look within the parachute regiment for a partner for the row. His idea of the perfect partner would be unmarried and fit. One day Chay Blythe, a friend, teammate and platoon sergeant approached Ridgeway and expressed his interest in the row. Contrary to Ridgeway’s ideal partner, Blythe was a married man. However, Blythe was given permission by his wife to partake in the trans-Atlantic row. Ridgeway had found his partner a mere 43 days before the departure date.

Johnstone on the other hand, partnered with John Hoare in their boat “Puffin”. In an attempt to get a head start on Ridgeway and Blythe, Johnstone moved their start date forward by two weeks. Johnstone also decided to move their starting location from Cape Cod to Virginia Beach. Although, starting from Virginia Beach increased the overall distance of the row, it was a shorter distance to reach the gulf stream. Johnstone anticipated that it was in their best interest to reach the gulf stream as fast as possible assuming that the current would help carry the boat across the Atlantic.

At 5.30pm on June 4th, 1966 Ridgeway and Blythe got in their boat “English Rose III” and left Orleans, Massachusetts to begin their race across the Atlantic.

After 92 days at sea, Ridgeway and Blythe successfully rowed across the Atlantic as they came ashore on the beach in Kilronan, Aran Islands on September 3rd, 1966.

Almost two weeks later on September 16, 1966 a cruise liner “Ocean Monarch” spotted an overturned boat and reported it to Canadian authorities. The Canadian coast guard picked up “Puffin” 600 miles South-East of St. John’s, Newfoundland and found no signs of life. The “Puffin’s” logbook was discovered with its last entry on September 3rd stating “no rowing because of north-west winds of force two.”

Today there is a plaque in Kilronan harbor commemorating Ridgeway and Blythe’s Ocean crossing.

The Talisker Whiskey Atlantic Challenge is an ocean rowing challenge which was founded by Chay Blythe. The challenge consists of rowing 3000 miles across the Atlantic Ocean from La Gomera, Canary Islands to Nelson’s Dockyard English Harbor, Antigua. Some people row as individual participants while others do so in teams of up to four.

In February 2018, Galway man and former professional rugby player Damien Browne completed the Talisker Whiskey Atlantic Challenge. The challenge took him 63 days however, during that time Browne experienced total steering failure, capsizes, encounters with whales and close calls with massive cargo ships. Prior to the Talisker Whiskey Atlantic Challenge Browne complete the Marathon des Sables in 2016 and various other hikes. However, since then, Browne attempted and was on course to complete The 7 Summits Challenge where he had reached all summits but Everest and Vinson. Browne was scheduled to climb Everest but COVID-19 closed the summit.

Damien Browne and Fergus Farrell created Project Empower. Their goal, to set a world record in rowing across the Atlantic from New York City to Galway City.

Browne is well known for partaking in extremely difficult challenges but who is Fergus Farrell?

Just like Browne, Farrell is also a former professional rugby player, and has overcome enormous challenges of his own. In 2018, Farrell was in an accident involving heavy equipment and only given a 5% chance of ever walking again. One year later, he completed a 206km walk across Ireland raising money for the National Rehabilitation Hospital.

Needless to say, these are two tough and brave men.

2022 will mark 56 years since Ridgeway and Blythe rowed across the Atlantic Ocean and arrived on the beach in Kilronan.

The pairs world record for rowing across the Atlantic, West to East was set 125 years ago by two Norwegians Frank Samuelsen and George Harbo. Since 1896, there have been a total of 52 attempts of crossings the Atlantic Ocean by way of unsupported row. However, only 11 of these attempts were by pairs, and only 6 of those pairs managed to complete the row. In total only 18 of the previous attempts managed to complete the crossing. In addition to the 6 completed attempts by pairs there have also been successful crossings by 6 solos, 5 fours and 1 five.

At 10am (EST) June 13th, 2022 after 2.5 years of preparation Browne and Farrell departed from Chelsea Pier in New York City, ready to row 3,000 miles across the North Atlantic to Galway attempting to break the world record.

After 13 days at sea the pair encountered a major setback as Farrell experienced health problems which led to him being evacuated by a large ocean-going tanker and brought to New York for a medical evaluation. Thankfully, Farrell made a full recovery and was discharged from hospital.

After Farrell’s evacuation, Browne more determined than ever decided to continue rowing across the Atlantic solo. In his podcast Deep Roots Browne documents the row and the challenges he encounters from wildlife encounters, other vessels, weather conditions and capsizes.

102 days after leaving Chelsea pier in New York City, Browne found himself in favorable rowing conditions approximately 125 miles Southwest Galway docks. In his latest podcast Browne mentions that he anticipates arriving at the docks in Galway sometime between Wednesday, the 28th and Thursday the 29th of September. However, due to varying weather conditions the exact date is constantly changing.

Regardless of the day, or time in which Browne arrives in Galway docks, there’s no doubt that there’ll be bonfires on the Aran Islands to welcome this legend home.

For the latest updates on Project Empower click here.

To listen to the Deep Roots podcast click here